There has been a shift happening for some time now. Some are awakening to it, while others are choosing not to. Either way, you have most likely noticed the effects.

2015 was a challenging year for so many people. It was a year that challenged us to pick a side, really. Which one do you want - ascension or unconsciousness? Kind of like the blue vs. red pill scenario in The Matrix. Lots of people have asked me about that word lately: ascension. What exactly does it mean???

I've been explaining that there is a new consciousness that is rising. We see it in our children, who are being born more empathic (some like to call it "sensitive") and intuitive. And we are seeing through all the western conventional labeling that these kids are struggling to find their way through the old ways of the world. And it is time for a change - a huge global change. It's here. And it is now. And we see it in the thousands of people around the world who are leaving their old lives: careers, home towns, and other structures that no longer support their spiritual growth to seek out something "more" - something "deeper." And if there are thousands who are already on the path, then there are even more who are flirting with it. Maybe that's you - knowing deep within you that your job or your life isn't really all that you are supposed to be, yet not quite comfortable leaving the old and known behind. Well guess what? If you are flirting with it already, then one of two things are bound to happen: you are either going to eventually flip the switch, or the Universe is going to switch it for you by placing certain things in your path...I'm not making this up...it's just what is.

A friend just commented about the harshness of 2015, and how we are all rebuilding. I mentioned that it isn't really a "rebuilding," because that implies we are reconstructing the same thing we had before. That is not what is happening. 2015 was wrought with loss and devastation to many. What we are doing now is creating a new. We realize that the old ways aren't working, and we are aligning with this new ascension - new world consciousness - that is calling us all to live in love, truth and Oneness.

To some, this seems like a whole bunch of happy-hippy B.S. I know, because I have some of those folks in my life too. Shame for them. Looks like they've the other side. I'll continue on with mine, thank you...hippy B.S. or not!

So yes, there is a shift happening. A global, world-wide, Universal shift - elevating our consciousness. Will there be more people falling away? Yes. It is inevitable that some who chose not to make the shift, will chose to leave this world - albeit usually on an unconscious level. Soul Tribes are finding each other. So Yes, people who you have amassed some time with in your life, may suddenly move on. Or your relationship may suddenly move to distance from one another. It's okay. The idea is to not live in fear or regret, nor to worry, internalize or take anything personally. The idea is to be open to the love and wholeness that is available.

How will you live your 2016? In fear or in love? Conscious or unconscious?

The choice is yours, but remember that there will be more change, more loss, and more shifts. It has to happen. So release the fear and open up. And I'll see you on the flip side. 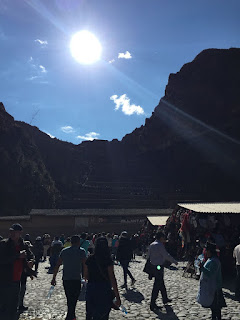 Posted by Tracey L. Ulshafer at 1:59 PM No comments: