August 30th - New Moon - we settled and sold our home of nearly 17 years. So much work and preparation had gone into the sale that when the day came, I walked the empty house on the verge of tears. My entire martial life had been in that home, the one that we built, picked out the colors for, and built a life in. But that life was wrought with stress and overindulgences, and we are on a strong path to simplification and freedom. Yet there is still so much work to do. 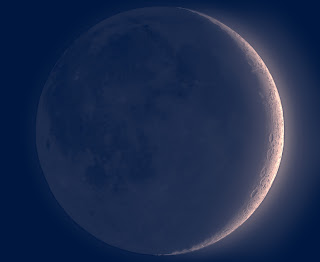 As I think about the magnitude of this day, it hit me the perfect timing of the New Moon! Wow, I could not have planned it better. New Moons represent new phases and stages, and, here we are, embarking upon a new stage of our life today - in perfect, divine timing.

I have thought long and hard about what will be new with this stage. It starts with making everything as simple as possible. It adds more time to my day and ability to offer more with my career. But, really, what is it all about?

About three months ago, I had been going to doctors about several "medical" issues. This time also corresponded to my yearly checkups. Now, ever since I have been getting mammograms, I have been told that I have the densest breast tissue, and ALWAYS have to go get additional screenings done. After the first time this happened, which sent me into a dramatic tailspin of worry, I realized that this was the agenda all the time and that I had to go through the process - or skip the mammo entirely. I tried to skip it, but the backlash from everyone around me was too much to deal with. So, five years later, I went back again. Yes, same thing...same grueling and torturous rigamarole only to find out, alas, just dense breast tissue. This year I decided I was not going to do it it all - ever again. And then something happened: my boobs dropped! I swear, I woke up one morning and they were sagging.

WTF! Is this what they mean when women talk about menopause? (I still have not apparently reached it, by the way, but come on!). Just prior to this realization I was crying about the intense stress I was under trying to sell my home and worrying about my future. I could not wrap my head around everything and was spiraling downward fast. I knew that I had to take back my power by releasing, and I did. Through rigorous prayer, ritual, and meditation, I was finally able to get into a good place, mentally, about the move. Once this happened, I literally felt my heart open, and then things started to fall into place.

But let's back up a little more...

For the past ten years, if I am being totally honest, my heart was quite shut down. After my best friend died suddenly - and then another close friend died suddenly - I went through a period of not trusting that the Universe wasn't going to take everyone that was close to me. So, I shut it off - maybe not entirely, but enough to keep myself "protected." Try to understand that when I reveal this I am not saying that I was cold or unloving, nor did I purposely set out to close down my heart-center. When one is processing intense grief, this sort of thing happens, unknowingly. If I poured love into anything, it was my unconditional loving pets. But the rest of my relationships definitely suffered. When I allowed myself to do this deep devotional work recently, I opened up some old wounds, and worked through them. It was grueling, but the healing process usually is...and if it is not, then I dare say, you most likely haven't moved through it yet!

So, here I am one day, I wake up suddenly feeling at peace with my decision and my future, and my boobs literally drop - the shield of dense tissue released. I started to see my husband, my work, my life - through the glass of love. And then I go into my yearly mammogram - one time, get the thumbs up that all is well, and move on. That simple. No more torture.

As we move into this new phase of our life, I am happy to say that this new phase, for me at least, is one of deeper love and appreciation, reconnections to those who mean the most to me, and having quality time with those that I love so that I can appreciate them for as long as I can.
Posted by Tracey L. Ulshafer at 2:15 PM No comments:

Posted by Tracey L. Ulshafer at 8:00 AM No comments: